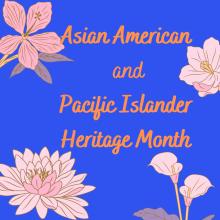 Asian Pacific American Heritage Month, nationally celebrated in May, commemorates the first Japanese immigrants who arrived in America on May 7, 1843. This month of recognition also marks the completion of the transcontinental railroad, which was largely built by Chinese immigrants who overcame overt racism and violence during its construction to build one of America’s most impactful transportation projects. At Baylor, we celebrate from October to November so our students are able to participate in activities around campus.

The term AAPI stands for Asian American and Pacific Islander. These 4 letters represent a group of people whose heritages may (or may not) be connected to anywhere from 30-75 countries. How do we give equitable attention to students, colleagues, and community members whether they be recently immigrated from Cambodia or distantly connected to Japan? The quick answer is that we won’t do it perfectly, but that should not stop us from attempting to build resources and brain patterns that center AAPI individuals and communities in our anti-oppressive awareness and practices.

Rechartered in 1997, Baylor University's Asian Student Association (ASA) is dedicated to promoting Asian culture on campus. The Asian Student Association holds two of the most significant Asian-student-held events on campus, AsianFest (a cultural showcase) in the fall and Lunar New Year (celebrating the new year under the Lunar Calendar as celebrated in many Asian countries) in the spring.

Cha Community, originally Waco Cha, was inspired by the husband and wife team of Devin Li and Jaja Chen. Jaja is a graduate of the GSSW.